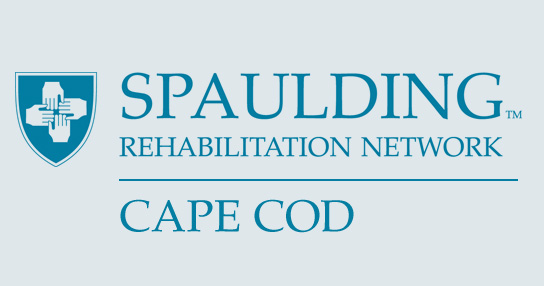 ADEs are defined as injuries resulting from the use of a drug. They result in increased morbidity and mortality, prolonged hospitalizations, and higher costs of care.  All hospitals, as a condition of their accreditation, must have medication reconciliation programs in place.  These programs assure that at each point of care the medications listed in a patient's medical record are cross-checked with an external list of medications obtained from a patient, hospital, or other provider.

But reconciliation programs are merely a first step in a hospital's medication error reduction programs. Spaulding's effort on Cape Cod adds a series of layers over the basic cross-check of medications.

The Massachusetts Hospital Association (MHA) is serving as a Hospital Engagement Network (HEN), which is coordinating the efforts of hospitals to reduce inpatient harm by 40% and readmissions by 20% by focusing on 10 targeted safety areas - including reducing adverse drug events. Spaulding Rehab's 61% reduction in ADEs betters the HEN goal of 40%.

Jim Blackwell, RPH, the pharmacy manager at Spaulding Rehab Cape Cod, recently walked through a typical example of how a drug order is written and processed and the problems that can arise.

First, a physician enters the order through a Computerized Physician Order Entry (CPOE) system. CPOEs eliminate the oftentimes hard-to-read handwriting that led to problems. Spaulding Rehab has its core hospitalists on staff who are familiar with CPOE; but when an outside doctor covers on a weekend or off-shift, that physician (a "moonlighter" in hospital lingo) may not be familiar with Spaulding's CPOE. Special attention is given to moonlighter prescriptions.

Once the pharmacy receives the prescription, it reviews it, checking it closely with the patient's transfer paperwork. This step is not as easy as it may sound, Blackwell says, because a patient may have a list of medications he took at home, and another list of medications that were administered in the hospital while at-home medications were suspended.

"Sometimes the discharge summary doesn't reflect entirely what the patient has been taking," says Blackwell. "After we review all the discharge documents, we'll converse with the doctor to discuss any possible drug interactions."

Melillo and Blackwell say that prescriptions entered into the CPOE and the Electronic Medical Record (EMR) can alert the pharmacy to drug interactions and to obvious transcription errors, such as assigning 1000 mg as opposed to 100 mg.  But one of the biggest potential problems the hospital faces, and which the electronic systems do not catch, concerns medication orders that are written but which are not administered immediately. For example, a prescription order may be put into the system after 6 p.m. because a patient is in transfer. The computer may default the dose to the next day - 6 a.m. - meaning the patient misses the nightly dose.  It's up to the pharmacy team to catch that.

Another factor, Blackwell says, involves a patient's kidney function. The average age of the hospital's patients is 74 and oftentimes their renal system is compromised.  Because the majority of medicines are excreted through the kidneys, if the renal function is poor, the medicine is not excreted and it can cause adverse effects; sleeping medications will cause prolonged drowsiness, or the next dose of a medication is administered when the first dose has not yet left the body.

"We often go into the patients profile when the labs are drawn so we can assess the renal function and look at their medications and we know which ones may need to be changed to stop a problem from developing," Blackwell says.

ADMINISTRATION ERRORS
Those interventions are key, but problems can also arise during the administration of the medication, Melillo says.
Nurses administering drugs can be caring for patients that are taking 15-20 medications at once. The system they use requires them to scroll through a series of screens to get the patient's record, drug dosage, record of administration, and more.
"Errors happen when you bypass the computer system, when you 'click through' the screens and prompts," Melillo says.  "Also, as we've mentioned, the computer system doesn't catch everything. Sometimes people can get away from using their knowledge and rely on the computer instead, like relying on a spell checker to catch all misspellings."

Because medication administration errors occur at hospitals, Spaulding Rehab Cape Cod formed a Medical Management Committee to work on the issue, leading to the creation of a peer-review panel based on the Ongoing Professional Practice Evaluation model that physicians use.

"Anyone who made an error has to attend the review to help us troubleshoot the system," Melillo said. "It helped us turn the corner."

As one would imagine, anyone who makes a mistake during the course of his or her work - especially when that work involves caring for an ill person - is troubled by it, and may feel apprehensive about admitting error. But the Spaulding system, like many such systems in healthcare, is non-punitive, meaning the system does not exist to mete out punishment but rather to identify why errors occurred and then to fix the systems that led to the error.

"I've been here for 10 years and I let them know - whether it be a pharmacist, RN, respiratory therapist, or another - I let them know that it's not a punitive system," Blackwell says. "Our improvement, in fact, shows an exceptional level of teamwork to help us identify underlying problems and reduce errors."