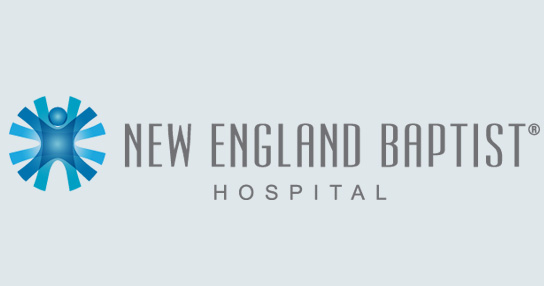 A post-operative infection can be a devastating complication for any patient. This is particularly true in elective orthopedic surgery, where the patient typically chooses to undergo the procedure in the anticipation of decreased pain and improved function. Deep infection following orthopedic surgery may drastically alter the outcome. The national benchmark from the CDC for orthopedic surgery is 1.25%.

At the New England Baptist Hospital (NEBH) more than 90% of our surgeries are elective orthopedic procedures and as part of our continuous improvement process, we have embraced the goal of reducing surgical site infections (SSI's) to zero. This report outlines a major step forward in that journey.

Staphylococcus aureus is considered the most important pathogen in terms of SSI. Epidemiologic studies have demonstrated that most cases of SSI are caused by strains of S. aureus that are brought into the hospital environment by patients themselves, i.e. most patients who develop S. aureus SSI are carriers of the strains causing infection. The anterior nares may be the most common niche for S. aureus among carriers, and multiple studies have established that nasal carrier status is a significant risk factor for the development of S. aureus SSI.

In July of 2006, we began screening the nares of all patients scheduled for inpatient orthopedic surgery at NEBH. Rapid screening of preoperative patients utilizing a polymerase chain reaction (PCR) based diagnostic test was used to identify methicillin-resistant S. aureus (MRSA) carriers. Standard microbiologic culture methods were used to identify methicillin-sensitive S. aureus (MSSA) strains. Patients testing positive for either MRSA or MSSA were treated with intranasal 2% mupirocin ointment applied to the interior of each nares twice daily for five days and a daily 2% chlorhexidine shower wash for five days. PCR was then repeated to confirm eradication of the MRSA carrier state.

By the end of 2007, with the S. aureus identification and elimination program fully functioning, our overall orthopedic infection rate had been reduced from an already low 0.51% to 0.43%. This, however, was not the case with certain spine procedures (laminectomy and microdiscectomy), where the infection rate had actually increased to 1.34%. We put together a team from our infection control unit and our spine surgery and research divisions to investigate this anomaly. At that time, many of our spine surgeons were utilizing peridural methylprednisolone to reduce post-operative pain and adhesions. While this treatment has established benefits, corticosteroids are immunosuppressive and are known to be associated with septic arthritis if used intra-articularly during arthroscopy.

In order to identify the potential risk factors for SSI following lumbar spine procedures, a retrospective case-control study was performed, reviewing almost 6000 lumbar spine procedures, which had been done at NEBH between 2005 and 2007. A multivariate logistic regression analysis was carried out. This revealed that the use of peridural methylprednisolone was associated with a nearly 7 fold increased risk of infection (95% confidence interval 1.8-25.8). When this information was conveyed to our spine surgeons, they immediately discontinued the routine use of peridural methylprednisolone. Simultaneously the use of high dose (6+ mg) intravenous dexamethasone given intra-operatively by anesthesia to help with post-operative nausea and vomiting was also decreased to 4 mg.

Over the 2 years 2008-2009, the infection rate following lumbar laminectomy and microdiscectomy at NEBH fell to zero and our continued S. aureus identification and eradication program has lead to a reduction in our overall infection rate to 0.31%, highlighting how a focused infection eradication program, in conjunction with a superior infection control unit, can be successful in minimizing the risk of SSI.